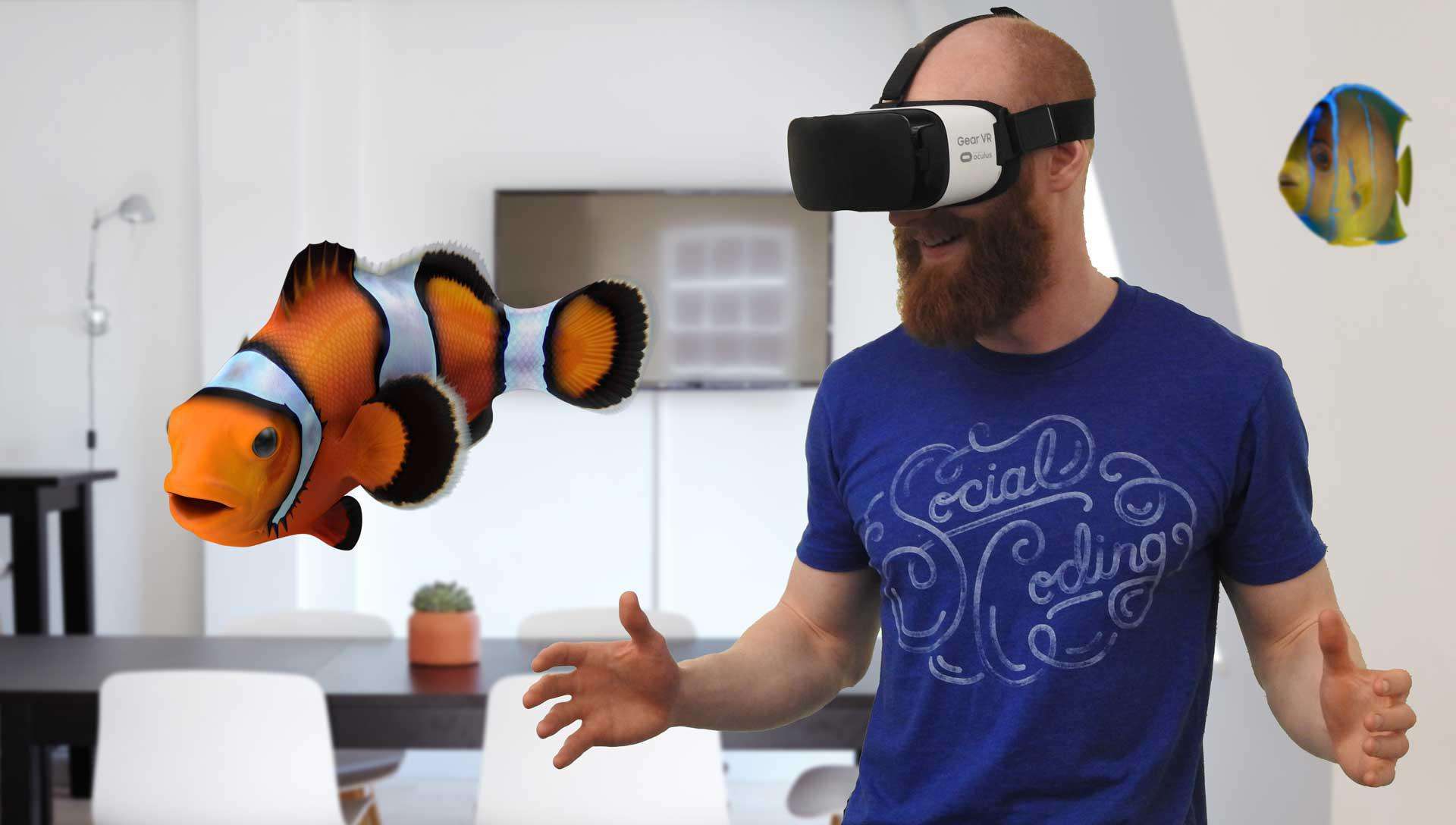 The Future of Virtual Reality in Business

We hear about new advances in technology every day – from intelligent personal assistants like Amazon’s Alexa to self-driving cars companies like Google are creating and everything in between. Today, smartphones are the center of our digital lives. It may be hard to imagine life without one, but ten years from now, a new device may take the place of the beloved smartphone. If you haven’t seen one in person, you’ve probably at least seen commercials for virtual reality headsets. Now, imagine having a device that looks like ordinary eyeglasses but with settings for virtual and augmented reality. How will virtual reality in business shape the future? In this post, we will define and discuss the impact of augmented reality and mixed reality, and their use cases in business.

Mixed reality (MR): Also referred to as hybrid reality, mixed reality augments the real world with virtual objects that aim to look as if they are really placed within that world. The above photo of the man and the fish are a good example. You’re probably thinking that VR, AR, and MR are new concepts, right? Think again. Interestingly, the concept of virtual reality has been around for decades. In the 1950s, a cinematographer named Morton Heilig envisioned a theater experience that would stimulate all senses. In 1960, he built a prototype of this vision called the Sensorama. It had a stereoscopic display, fans, odor emitters, stereo speakers, and a moving chair. Ivan Sutherland invented the first virtual reality and augmented reality head-mounted display (HMD) in 1968.

A lot happened in between, but fast forward to the 1990s, and you have movies like The Matrix that explore virtual reality and Sega VR, although it never made it to consoles. Google Street View came out in 2007, Facebook bought Oculus for 2 billion dollars in 2014, and Google invested $500 million into Magic Leap in 2016. All that to say that the progression of VR, AR, and MR has exploded in the past 10 years and will only continue to grow.

Let’s take a deeper look at each of these technologies and their practical uses.

The virtual reality we are talking about is one created by computers. It allows you to experience and interact with a 3D world that isn’t real by putting on a head-mounted display and some form of input tracking. VR experiences can be created through tools like Unreal Engine, Unity, or A-Frame, the latter being a web framework that is easy to learn and fast for web developers to pick up.

VR is experienced through a number of devices, including the HTC Vive and Oculus, geared for gaming audiences. GoPro’s Omni is a solution for capturing, stitching and publishing virtual reality content. Cheaper options include Google Cardboard, which can be used with any phone, and Google Daydream, which is a faster, high-resolution version of Cardboard but is only available on select phones. 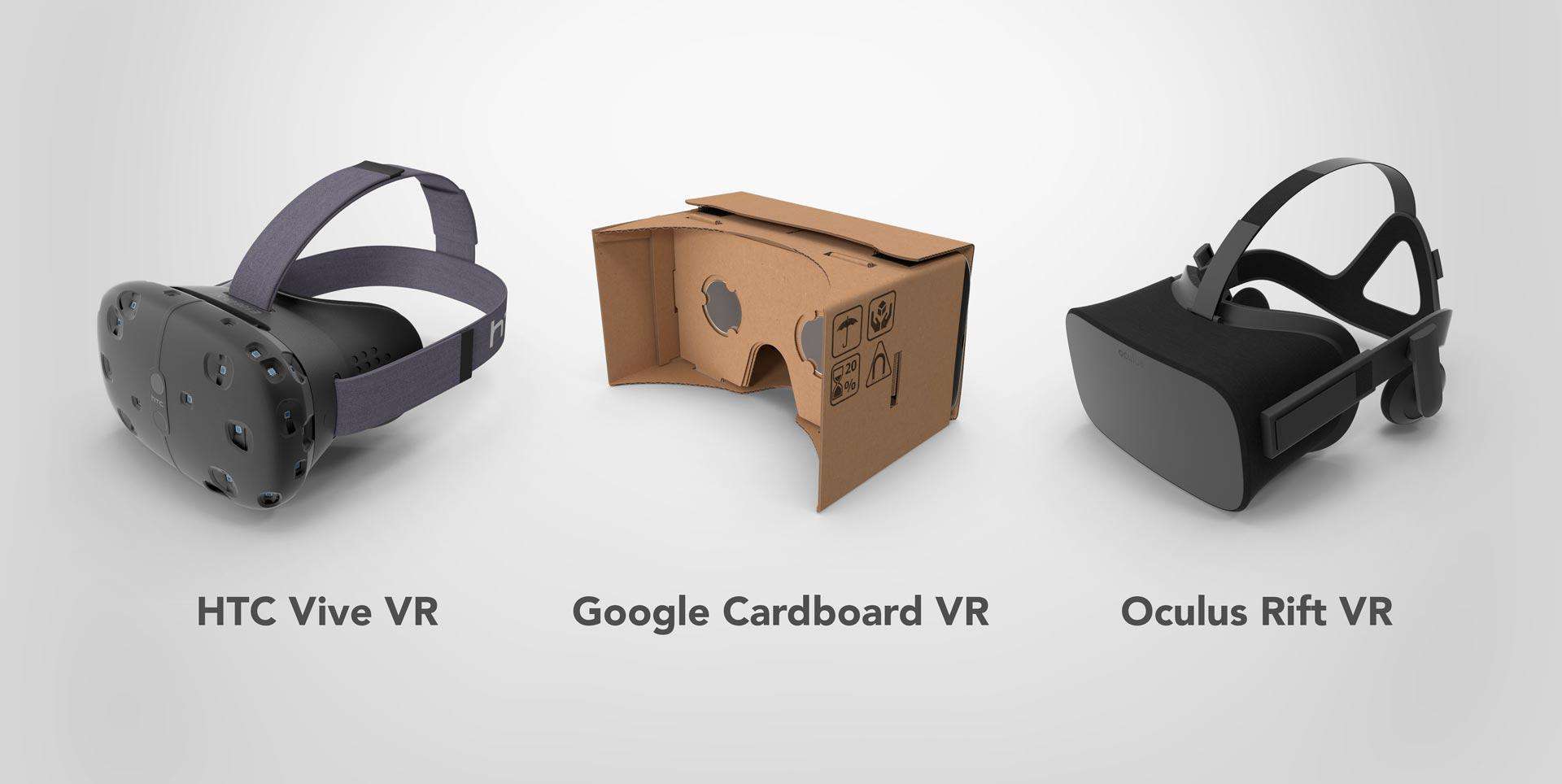 Virtual Reality in Business Use Cases

Virtual reality is huge in the gaming industry, and it’s just an overall cool experience to put on one of these headsets. But aside from that, you may be wondering if there are other practical VR business uses.

The most obvious industry that could successfully use VR is entertainment. Aside from video game lovers, imagine a consumer experiencing a travel destination or “being at” a sporting event without ever having to leave home.

There are other uses for VR in business. For example, virtual reality could be used in staff training for professionals who work in industries like real estate or construction. Real estate, architecture, and construction businesses could use VR to show what a finished environment would look like. They could also be placed in real-world scenarios and through these immersive experiences, have better memory retention, according to a paper published through Syracuse University.

VR can be used to simulate working with expensive equipment in an array of dangerous environments, as seen in the Virtual Reality Demo for Safety Training video above, without any of the risks.

VR has also taken off in the healthcare secretary with a transition from trials and pilots to general use. It has been adopted to help treat patients with anxiety disorders by getting a better idea of how they react to stress-inducing situations while remaining safe in sound inside a virtual environment. It’s even being used to help diagnose patients with visual or cognitive impairments, via eye tracking.

Augmented reality adds something to the existing real-life environment. There are several different AR patterns, and essentially, the user is adding a layer of data in front of their eyes that may be somewhat transparent. Think back to Tony Stark’s Iron Man helmet and the screen projected in front of his eyes. He could read this data (augmented) and still see what was beyond it (reality).

Marker-based AR, also called Image Recognition, uses a camera and some type of visual marker, such as a QR/2D code, to produce a result only when the marker is sensed by a reader. Markerless AR is most commonly used for mapping directions, finding nearby businesses, and other location-centric mobile applications. Projection-based AR works by projecting artificial light onto real world surfaces. Superimposition-based AR either partially or fully replaces the original view of an object with a newly augmented view of that same object. 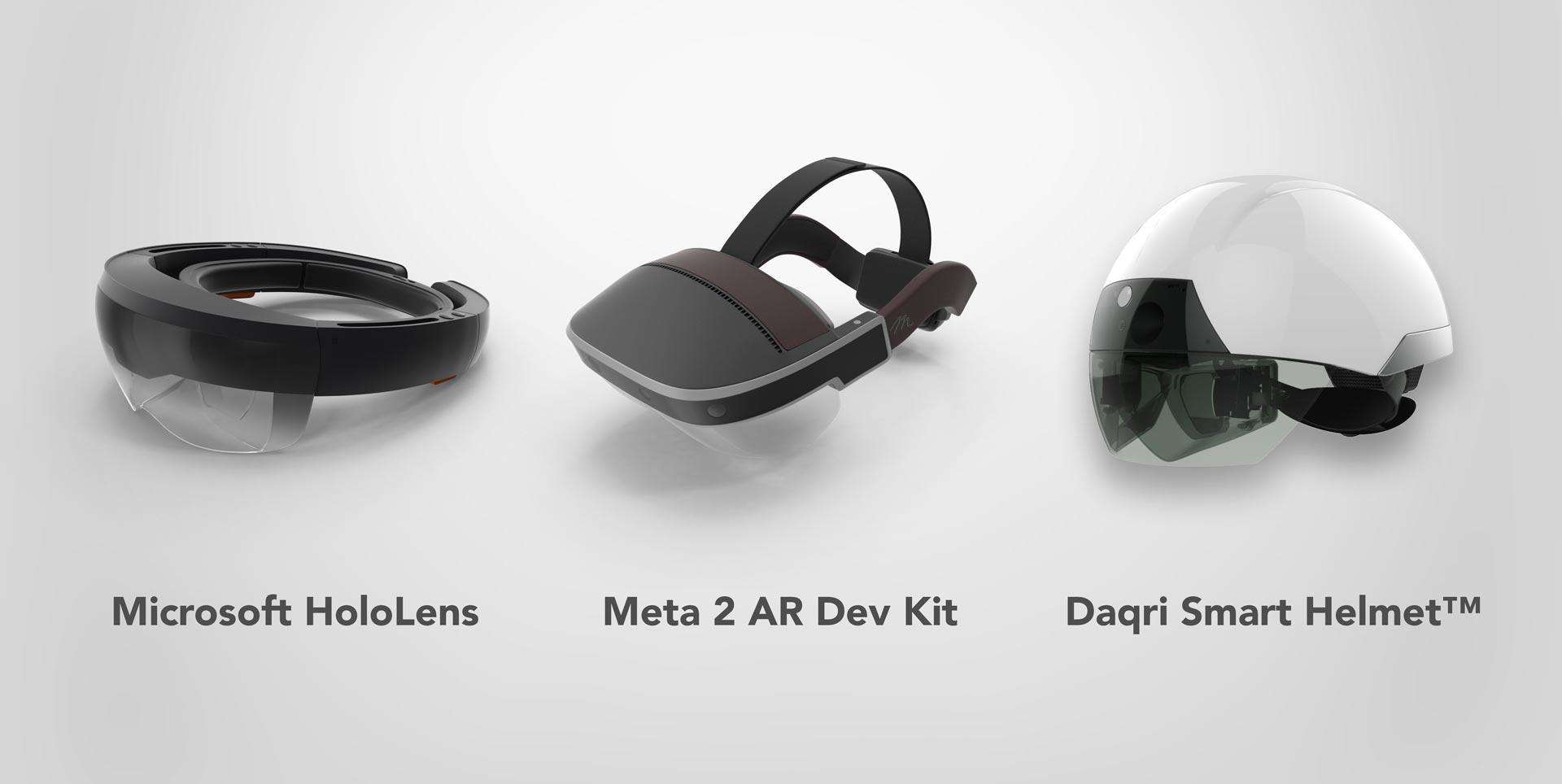 Even more so than virtual reality, augmented reality can, and will, be used by businesses in many industries.

Welders, plumbers, mechanics, oil workers, and others who need to be heads up and hands-free in factory and field work operations can use AR headsets like Daqri. AR headsets have sensors that help detect things like pressure buildup in pipes or errors in complex wiring networks. Augmented reality business users can also grab and move holograms just like physical objects.

Businesses in the home and DIY industries can take advantage of technologies like Google Tango that enables devices, like your smartphone or tablet, to detect their position relative to the world around them. Imagine customers who want to renovate their home but want to see how a piece of furniture fits into a room or a paint color on the wall before actually purchasing this technology.

Similar to Virtual Reality, AR has also been taking off in healthcare and could help alert surgeons and nurses alike to risks or hazards. Adoption of these emerging technologies has been swift, with the value of the AR market forecasted to increase by 38% annually until 2025.

Mixed reality is a combination of virtual reality and augmented reality. It allows the user to see 3D objects as if they were actually there. MR is a much newer concept and not readily accessible today like VR and AR. Microsoft’s HoloLens 2 is trying to change that by bringing mixed reality technology to the masses by offering a comfortable $3,500 device. Offering a wider field of view as well as eye and hand tracking, this device targeted towards the enterprise sector has made leaps and bounds upon its original augmented reality headset.

From gaming to city planning to educating doctors and patients, mixed reality will have a lot of practical uses down the road.

In the education sector, Mixed Reality can be used to enhance student’s ability to learn and process information. By offering them virtual objects which they can manipulate, they can study and learn in a more immersive way.

Companies like Renault Trucks are integrating MR to help employees identify issues in the quality control stage more easily and guide them through the most complex control operations.

On the healthcare front, Philips is leveraging MR for image-guided minimally invasive procedures. For patients, this technology allows for smaller incisions, which equates to faster recovery and a better overall experience. For hospitals, this form of treatment allows them to treat more people at a lower cost.

What’s in store for your business?

While virtual reality, augmented reality, and mixed reality becoming a part of our every day lives may seem far off to you, Heather Bellini of Goldman Sachs Research expects virtual and augmented reality to become an $80 billion market by 2025. That’s roughly the size of the desktop PC market today. Others are predicting even higher numbers for virtual reality in business. As the growth rate continues and technologies become more affordable, more and more businesses will be investing in these as part of their digital strategies. If you want to learn more about how new technologies, in general, can benefit your business and customers, get in touch with us!

Daniel is an interactive designer here at USDP.
He may or may not have second-degree burns in his mouth from his love of hot sauce.

Have you ever come across a website that is super pretty looking…but you can’t really tell what they do? That happens all the time in the cyber world.…

What Is Digital Marketing? A Simple Explanation

Why is StoryBrand effective? ...the answer is easy:  Because you have a “reptile brain.”  Don’t feel insulted, that’s what scientists call the “lower” areas of the human brain—the…