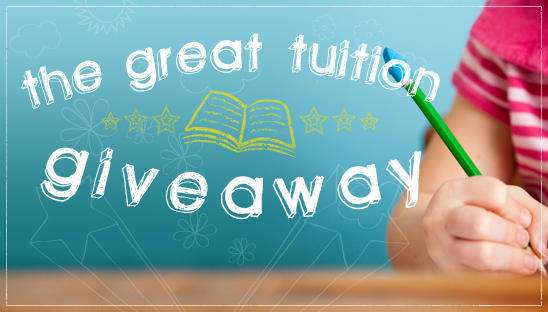 How can a parochial school system steeped in tradition expand and energize its Facebook presence and share its message with a new audience? By offering free tuition credits, of course!  This is the story of the Archdiocese of Cincinnati Catholic Schools Office and its recent Facebook Tuition Giveaway program:  $17,500 in tuition and other prizes, to be precise.

Launched in October 2011 and concluded earlier this month, the Archdiocese Catholic Schools Facebook page has become an effective catalyst for increasing families’ interactions with the school system and with each other.  The giveaway proved once again that the ability of social media to spread awareness of a mission-based organization is profound.

Back when USDP was starting this project, we brainstormed with the Archdiocese over all different types of new and creative social media they could employ to strengthen their presence on the web.  The idea of a “Tuition Giveaway” was the runaway winner, thus providing us the opportunity to devise a project for the Archdiocese unlike anything it had ever done before.

The rules of the giveaway were simple. Upon “liking” the page, participants were asked to provide contact information and to select up to three schools in the Archdiocese to which the prizes would be granted. In less than three minutes, you were registered.

The outcome has been impressive. Facebook followers increased by 30%, providing the page with over 14,000 “likes.” Over 4,600 people entered the giveaway. Additionally, weve seen over 1.7 million social interactions on the Facebook page since our collaborative work with the Archdiocese began in October 2010 (also see “From zero to 10,000 Facebook fans in 50-days!“).

Chris Pastura, Director of School Strategic Planning at the Archdiocese of Cincinnati, commented on the giveaway results:  The Tuition Giveaway was a tremendous success on several fronts. First, it helped our Facebook community to grow, allowing our parents and friends to share with us and each other the impact that Catholic education is having on their children. It also increased our future ability to spread the good news about Catholic education in the Archdiocese of Cincinnati.

Pastura further noted that the giveaway provided the opportunity to financially help some families that make enormous sacrifices to send their children to Catholic schools. The USDP team agrees.  Effective Facebook marketing is not just about attracting new people to your product or service.  Its also about engaging and rewarding those who have long been ardent supporters of your mission.

The “Tuition Giveaway” is over but the success of the project continues to resonate. There is more Facebook activity than ever before, especially with the contest winners listed on the page. And the feedback continues with parents congratulating those who won, the winners thanking the Archdiocese for its generosity, and the growing number of fans gratefully acknowledging the benefits of a Catholic education.

We affectionately refer to our blog as People are talking.” Suffice it to say, people sure are talking about Cincinnatis Catholic school system through a new and positive marketing channel! Lets keep the conversation going.

The Roman Catholic Archdiocese of Cincinnati is the 38th largest Catholic diocese in the country, with almost 500,000 Catholics, and has the eighth largest network of Catholic schools in terms of enrollment. The 19-county territory includes 214 parishes and 113 Catholic primary and secondary schools.