The dog days of summer in Cincinnati = the Western & Southern Open in Mason.

For 10 days in August, Cincinnati plays host to the stars of professional tennis Rafael Nadal, Serena Williams, Roger Federer, Venus Williams, to name a few. The tennis elite descend upon Mason to compete in world-class competition in one of five non grand slam events in the world to feature top-ranked women and men play at the same venue in the same week. The culmination of the year is the U.S. Open, so, yes, the Western and Southern Open is a big deal!

Tennis tournaments have a rich history in Cincinnati. The ATP, as it is affectionately known in the area, is actually the oldest tournament in the nation still played in its original city. Western and Southern, founded in Cincinnati in 1888, is a mere 11 years older than the tournament that bears its name. Talk about a match made in heaven!

Over the past five years, US Digital Partners has worked with the tournament to create and maintain the online ticketing system. Will Sikes, the tournament Marketing Director, knows just how important this system is to the tournaments success. “Our primary goal is to sell tickets, and we process a large majority of our total tickets sales directly through the tournament — so, the proprietary online system built by USDP is one of our most coveted digital assets.” 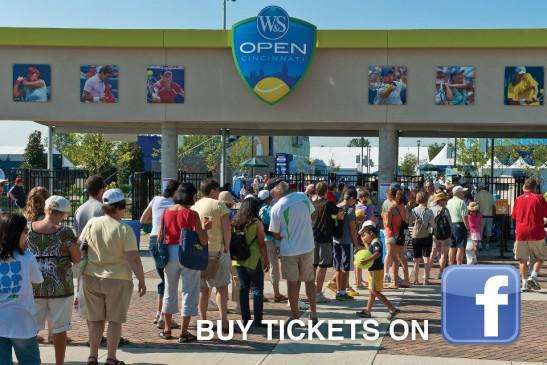 What we are most energized about is the 2012 season which will see the launch of ticket sales on Facebook. Aside from giving us a new project in which to collaborate with the tournament, this initiative fires us up in that almost no professional sports teams and events are doing anything like this. It may appear that tickets for other sporting events are sold via Facebook, but in reality, the purchaser is directed to an outside website. Therein lies the kicker of this project:  the e-commerce application is embedded in Facebook so visitors will not actually be re-routed to the W&S Open website. The look and feel of the ticket application on Facebook will mirror that of the tournaments ticket page. When asked about this cutting edge opportunity on Facebook, Sikes commented “The team at USDP never says ‘it can’t be done.’ When we throw them a wild idea, their answer is always, ‘let’s see if we can find a way to do this.’ With that mentality and USDP’s expertise, we’ve been able to be innovative and stay ahead of of the curve.”

How has social media marketing benefited the tournament and more than 15,500 fans on Facebook? Sikes has a great perspective on this, too. “Social media marketing is our main differentiator in terms of delivering exclusive content quickly to our fans. With ESPN.com and other sports outlets so active, we’re never going to break a tennis story or beat them on delivering scores. But through our social media outlets, we can deliver fans exclusive content from our event that they can’t get anywhere else. It’s also a very important channel for us to ask for feedback from our fans. We make many business decisions based on questions we post to our Facebook fans.”

Its as simple and convenient as that. Of course, the tournament will continue to offer the tried and true ways of securing seats on the W&S website, by phone, and Ticketmaster.  Along with our friends at the tennis tournament, we anxiously await the results of this new ticket sales vehicle.  With over 15,500 (and growing!) fans on Facebook, the tournament should see increased revenue. However, our other hope is that ticket sales will increase buzz and impressions on Facebook. This is a good thing, both for tennis and for Cincinnati.