New video production: The Gift of the Priesthood

It has been a busy summer at USDP– new faces, new clients, and best of all, new handiwork! As the staff videographer, Im pleased to  personally announce the launch of a new video production for one of our longtime clients, the Archdiocese of Cincinnati. The Gift of  the Priesthood gives viewers an inside look at life in Mount St. Marys Seminary of the West. We interviewed and filmed five of the seminarys esteemed priests over the course of several weeks, while  also gathering footage that will undoubtedly show the historic seminary in a way that the public has never seen before. The projects goal was twofold: we were to create a video that would not only act as a recruiting tool for the seminary but would also stand alone as a mini-documentary for the general public.

We ultimately settled on a documentary-style approach for the filming. Within that approach we used an amalgam of techniques both old and new. For instance, most of the non-interview footage in the short (or b-roll, as its called) was filmed from an observational  perspective. That is to say, none of the footage was staged or directed in any way. Its the best way to give the viewer an honest assessment of what is being filmed, oftentimes creating the impression that the viewer is a part of the scene. This b-roll often serves to break up and facilitate the editing of the interviews. Interviews in documentaries are a hallmark of the participatory style of documentary, the version of documentary people are most familiar with.

After deciding on the format and working out the key messaging with the client, the rest was all up to my personal style as a filmmaker.  Lens selection, scene composition, camera movement, color: these are just a few of the decisions I make on every shoot. Sometimes these decisions happen on a subconscious level and a lot of the time they  have to, especially when shooting in an observational style, where  you have to accommodate the subject (and not the other way around). 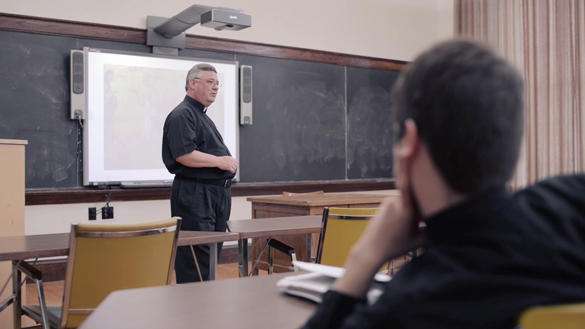 The Gift of the Priesthood was a uniquely challenging and rewarding project to work on. Here at USDP, were thankful for those who assisted in the making of this video and we look forward to sharing more compelling video content with you in the coming weeks!

How Many WordPress Plugins Are Too Many?

How to improve your website security in just one read