Are you the ultimate tennis fan?

Win a VIP trip to the Western & Southern Open

Can’t make it to the Summer Olympics in London? Not to worry! All of the tennis stars competing in this year’s Games are heading to Cincinnati after the big eventand we’re giving you a chance to hang out with them. 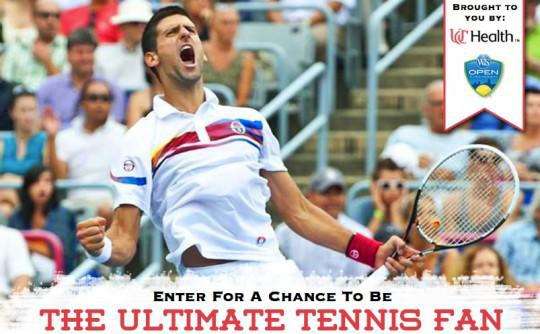 One lucky fan will get to live the dream. You’ll attend the men’s and women’s finals at the W&S Open on August 19, where you’ll sit courtside so you don’t miss a minute of the action. You’ll also dine where the players dine, and enjoy a VIP facility tour. Perhaps some hand shaking and photo taking will be in the cards, too.

Wimbledon champions and tennis superstars are the order of the day at the W&S Open. Competing in this event are seven-time Wimbledon champ Roger Federer, and five-time winner Serena Williams, as well as her sister, Venus Williams.

You can enter to win the VIP Ultimate Tennis package in less than a minute:

And that’s it! Head over now, and you could be sitting among the stars this summer at the W&S Open. But get your entry in fast, because we’re drawing our big winner on July 23 at 12:00 p.m.

See you at the courts!

Is the grass really greener on the other side?