Last week we wrote a blog post about our success with helping the Archdiocese of Cincinnati Catholic Schools Office build a community on Facebook. We are pretty proud of that effort: 10,807 new Facebook fans in 50-days. But something amazing happened the day after we wrote that piece. 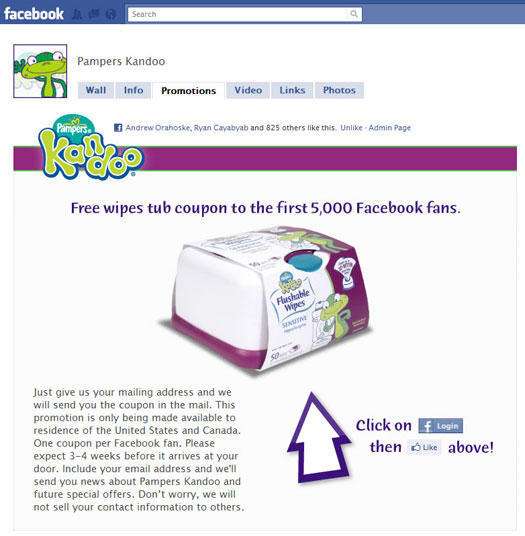 Once we pull the trigger on a promotion like this we have lots of ways to track how the campaign is doing. We monitor the coupon sign ups, the “likes”, the server traffic volume, the wall comments, etc.  So, last Wednesday we launched the promotion by notifying the network of mom bloggers we’ve established. We started the day with a grand total of 835 fans. 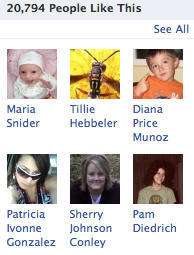 Within five minutes of launching the app, we knew something big was happening. The stats began to fly off the charts. In no time at all we watched the Facebook “likes” go from 835 to about 16,500, and, in just one hour, the coupon promotion was over. It would be safe to say that the promotion created a mosh pit of deal-seekers trying to get their hands on one coupon each.

The feeding frenzy that took place was striking. By the end of the day, we had 20,794 people who “like” Pampers Kandoo. We have gone from a small, loyal group of fans on Facebook to a huge audience of thrifty moms who use the Kandoo products.

If the Catholic schools success was a home run, then this Pampers Kandoo success was a walk-off grand slam. Granted, these are completely different interactive marketing strategies and target markets. The Catholic schools effort focused on building a community of parents who support Catholic education within the Archdiocese of Cincinnati. Now we have access to a significant chunk of that target audience. The Pampers Kandoo effort focused on giving away FREE STUFF to parents who spend lots of time looking for FREE STUFF.

So, pay attention to those mom bloggers. They have some dedicated followers who are looking for great products to buy.

Where is the value?

Maybe your business has just recently dabbled in search engine marketing (SEM) in Google Ads, or perhaps you’ve been doing it for years. Either way, you know that…

Upgrading your Digital Marketing with StoryBrand

Hear ye, hear ye! Ever heard of StoryBrand? At US Digital Partners, we love storytelling, so of course, when we discovered StoryBrand a few years ago, we pounced…